History of the Brand

A COMMITMENT TO EXCELLENCE AND INNOVATION

It was the year 2000, the dawn of a new Millennium which brought trepidation to some. But, to Giorgio and Antonio Guerini it brought inspiration. 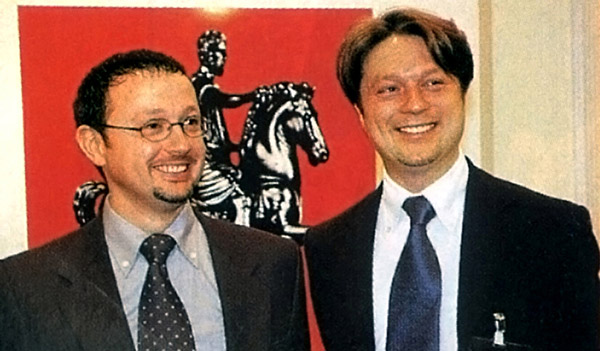 Italy was in the midst of a decades long economic slump. Many start up companies that emerged during the boom years of the 1960s had been shuttered, victims of the economic decline. No major new manufacturing initiatives had arisen on the Italian firearms industrial landscape in nearly 40 years.

Despite what appeared to be an unfavorable environment in which to launch a new firearms company Giorgio and Antonio had a vision. Based on a family tradition of working in the centuries old Italian firearms industry the two brothers began designing a new line of shotguns. The guns would capture the best qualities of bespoke handcrafted shotguns and combine them with modern, efficient and precision manufacturing processes.

The shotguns they conceived were destined to be beautiful, reliable, smooth handling and accurate shotguns able to successfully compete with the world’s finest custom made firearms.

Giorgio and Antonio’s premise was simple, produce a range of high-quality shotguns inspired by classic English finery but entirely produced in Italy, in a new technologically advanced facility. From this idea a new industrial reality emerged, and the brand was born. Enter Caesar Guerini – the finest example of Italian art executed in wood and steel.

It was in Brescia, Italy, in the heart of the Trompia Valley, home of the world’s oldest and most renowned brands of shotguns, that Giorgio and Antonio Guerini boldly developed plans for producing these new industry challenging shotguns. From a young age the two brothers had a fascination with the local legendary firearms manufacturers which their family had been involved with for generations. But Giorgio and Antonio looked beyond tradition as they sought to combine world renown Italian craftsmanship with modern manufacturing technology and establish a company destined to become one of the World’s leading sporting firearms manufacturers.

Initially, Caesar Guerini was partially owned by the historic Brescia arms manufacturer, FABARM S.P.A., property of Ottavio Olini and Antonio Sala. Sala, renowned in the industry at international level both for his expertise and his depth of commercial knowledge, was also the ideator, together with Guerini brothers, of the newly founded company, contributing to the definition of its objectives and strategies.

Giorgio and Antonio Guerini, aided by a few collaborators, spent the first few years working out of a small facility in Marcheno. All the while they were making plans for substantial investments and expansion. Caesar Guerini’s production started in 2001 with two lines of over/under shotguns in 12 gauge and 20 gauge. The FIGURA, TEMPIO and MAGNUS models for hunting and TEMPE and SUMMIT for target shooting. Also, in production was one semi-automatic hunting shotgun the ROMAN MMI.

The ROMAN MMI semi-auto was an inertia operated shotgun. Its patented core operation is composed of a special double non-helical disc spring located on the front of the fore-end. The advantage of this patented system is to generate less felt recoil during the shot, offering greater comfort and less vertical barrel bounce, ensuring quicker alignment on the target for the shots following the first.